Ariadne's Fate
Graphic Novel
Sci-fi-thriller set in a future society which has been decimated by war and rising sea levels, a world in which women have become extremely scarce. So scarce in fact, that being a woman becomes the most dangerous thing you can be.  Screenwriter Geraldine Martin was selected as one of ten for ScreenCanberra's Low Budget Feature Initiative, a project development initiative out of which came a full feature script. 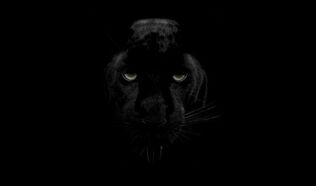 The Cats
Family Feature
Based on the Joan Phipson book of the same name, we are currently developing and writing a family feature film with David Tynan writing.  When their parents win the lottery, Jim and Willy are kidnapped by two opportunistic teenagers from the wrong side of the tracks to be held for ransom. The boys are driven to an abandoned farmhouse in the bush where the relationship between criminal and victim begins to change, because there's something in the bush watching them. More than one 'something'.
All Content (c) Marisa Martin T/A EoR Media: Enemies of Reality Films
ABN 15 704 736 828  |  PO Box 4699 Kingston ACT 2604 AUSTRALIA  |  info@enemiesofreality.com|  0422 524 351